First off, despite claiming the be "A Social History of Trash", the book (despite of brief mention of the garbage-strewn streets of Knossos and Pompei) is just a history of American trash. Next ... Read full review

WASTE AND WANT: A Social History of Trash

—By their trash shall you know them" is the theme of this research-driven exploration of the rubbish and refuse habits of more than two centuries of Americans. "Rubbish took on new meanings" in the ... Read full review

Susan Strasser is the author of the award-winning Never Done: A History of American Housework and Satisfaction Guaranteed: The Making of the American Mass Market. Her articles have appeared in The New York Times, The Washington Post, and The Nation. A professor of history at the University of Delaware, she lives near Washington, D.C. 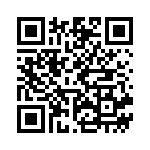