Great illustrations. Our two-year-old loves this book. Portions are definitely lost on her. She does enjoy that it contains dialogue. I'd say it's more appropriate for older children in the four-year-old or older range. Good to read with pretzels. Read full review

Walter the Baker can show children how to write using dialog. The dialog in this book allow for animated reading using different emphasis on words and emotions, which may make this book a good ... Read full review

Eric Carle is an award-winning, children's picture book author and illustrator whose most recognized work is The Very Hungry Caterpillar Board Book. Carle was born to German parents in 1929 in Syracuse, New York. The family returned to Germany in 1935, moving to a suburb of Stuttgart. Carle disliked high school, quitting at the age of 16 before graduation. He was admitted as the youngest student to the Akademie der bildenden Kunste, an art school. After finishing at the Akademie, he worked as a poster designer for the U.S. Information Center in Germany until 1952, when he moved back to New York City. He was a graphic designer at the New York Times and later worked as an art director at L.W. Frohlich & Co. In 1963, Bill Martin, Jr. saw a poster of a red lobster that Carle had designed and asked him to illustrate Brown Bear, Brown Bear, What Do You See?, thus launching his freelance career. Among his many children's books are Dream Snow, Hello, Red Fox, The Very Clumsy Click Beetle, and Pancakes, Pancakes! His title The Artist Who Painted a Blue Horse made Publisher's Weekly Best Seller List for 2011. His title Brown Bear Brown Bear What to You See? made The New York Times Best Seller List for 2012. In 2015 he made The New Zealand Best Seller List with Love from the Very Hungry Caterpillar. Eric Carle, beloved children's book author and illustrator, died on May 23, 2021. He was 91. 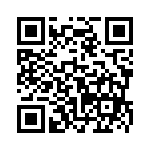