This is an excellent book if you want to get a sense of the decadent side of Weimar Culture. I don't know of any other book that discusses this side of Germany between the wars in such detail. There ... Read full review

The vision of Weimar Berlin as a bastion of decadence in increasingly Nazi-fied Germany is perhaps due in large part to our familiarity with the musical "Cabaret" or with Isherwood's "Berlin Stories ... Read full review

Mel Gordon is Professor of Theater Arts at the University of California, Berkeley. He is the author of twelve books, including "The Grand Guignol," "Dada Performance," "The Stanislavsky Technique," and the Feral House titles, "Erik Jan Hanussen: Hitler's Jewish Clairvoyant" and "The Seven Addictions and Five Professions of Anita Berber." 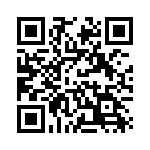