Randall White holds a doctorate in political science and is an independent researcher and consultant on economic development issues for Ontario. Formerly he was a senior economist for the Ontario Ministry of Treasury and Economics. 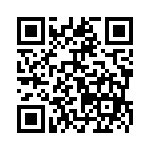