Fan Pen Li Chen received a Ph.D. from Columbia University and has taught at the University of Calgary and the University of Alberta. She is currently an assistant professor at the State University of New York at Albany. A grant from the Social Sciences and Humanities Research Council of Canada made it possible for her to make three trips to China where she interviewed with and videotaped the performances of more than fifteen surviving troupes in remote villages of seven provinces. Prof. Chen is also author of Chinese Shadow Theatre: History, Popular Religion, and Women Warriors (2007) and Marionette Plays from Northern China (2017). 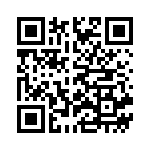