Moslener, a professor of religion at Central Michigan University, traces the development of Christian rhetoric around sexual purity through the 19th and 20th centuries, with a focus on the links drawn ... Read full review 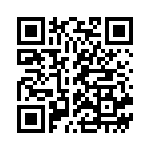