Richard Harris is a professor of geography at McMaster University, Ontario. He is the author of Democracy in Kingston: A Social Movement in Urban Politics. 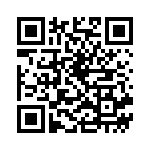