Shareen Hertel is Associate Professor of Political Science at the University of Connecticut. 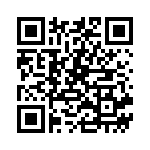