Harsha Walia is a South Asian activist, writer, and popular educator rooted in migrant justice, Indigenous solidarity, Palestinian liberation, antiracist, feminist, anti-imperialist, and anticapitalist movements and communities for over a decade. She has most recently been affiliated with No One Is Illegal, South Asian Network for Secularism and Democracy, Women's Memorial March Committee for Missing and Murdered Indigenous Women, Downtown Eastside Is Not for Developers Coalition, andthe Olympic Resistance Network. She is the cocreator of a short film, and her writings have appeared in thirty academic journals, anthologies, magazines, and mainstream newspapers as well as on alternative Web sites.

Andrea Smith is an intellectual, writer, and activist. She cofounded INCITE! Women of Color Against Violence and currently teaches as University of California, Riverside. She's author of Conquest and editor of The Color of Violence 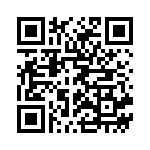