David belasco was not born in 1859 as given in this book, David James was not his uncle, and David James was not born in 1839. The date of David James birth should be 25 Jan 1835 as given in the book "Belasco from Boxing to Theatre and Film", which is the only full biography. David Belasco was born in 1854 when his parents arrived in San Francisco. The date 1853 which is often quoted is also wrong. See "Belasco from Boxing to Theatre and Film", for the correct details.

Stanley Kunitz was born in July 1905 in Worcester, Massachusetts. He graduated summa cum laude in 1926 from Harvard Collegeand earned a master's degree in English from Harvard the following year. After Harvard, he went to work as a reporter for the Worcester Telegram and as an editor for the H.W. Wilson Company where he was co-editor for Twentieth Century Authors and other reference books. After W.W. II he began a teaching career at several known colleges such as: Bennington College, New York State Teachers College in Potsdam, New York and New School of Social Research, Universty of Washington. His poems started to appear in Poetry, Commonweal, and The New Republic. Some of his most popular collections of poems are - Intellectual Things, Passport to the War, and Passing Through: The Later Poems. His most recent honors include the Harvard Centennial Medal (1992), the National Medal of Arts (1993), and an "In Celebration of Writers" award from Poets & Writers (1999). He continued to write and publish as later as 2005. He died in May 2006. 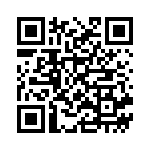