Turning the tide: U. S. intervention in Central America and the struggle for peace

The author, well-known for his criticism of the U.S. government's Vietnam policy in the 1960s, here turns his attention to Central America. The text wavers between a political broadside and a ... Read full review

This books is mostly fiction. Noam Chomsky does have an imagination but I didn't appreciate how he manipulates and skews information to try and prove his thesis. Moreover, the book is written in a somewhat sleepy fashion. Boring.
In response to the reviewer who wrote, "...actually many of those Guatemalans just walked across Mexico, not that they were planning to go to the US, but just trying to find a place to live and work, and ended up in Florida", Americans don't owe anything to Guatemalans. Americans have enough personal responsibilities without an extra burden from Guatemalans. Guatemalans should settle their own disputes in their own country - Guatemala. " just trying to find a place to live and work"?, aww, pobrecitos. Mexico not good enough for Guatemalans? No jobs in Mexico? Then Guatemalans should revive, create or simply help the economy in Mexico just like Europeans created an economy in the US through blood, sweat,tears, ingenuity and leadership.

Noam Chomsky was born in Philadelphia, Pennsylvania on December 7, 1928. Son of a Russian emigrant who was a Hebrew scholar, Chomsky was exposed at a young age to the study of language and principles of grammar. During the 1940s, he began developing socialist political leanings through his encounters with the New York Jewish intellectual community. Chomsky received his Ph.D. from the University of Pennsylvania, where he studied linguistics, mathematics, and philosophy. He conducted much of his research at Harvard University. In 1955, he began teaching at MIT, eventually holding the Ferrari P. Ward Chair of Modern Language and Linguistics. Today Chomsky is highly regarded as both one of America's most prominent linguists and most notorious social critics and political activists. His academic reputation began with the publication of Syntactic Structures in 1957. Within a decade, he became known as an outspoken intellectual opponent of the Vietnam War. Chomsky has written many books on the links between language, human creativity, and intelligence, including Language and Mind (1967) and Knowledge of Language: Its Nature, Origin, and Use (1985). He also has written dozens of political analyses, including Manufacturing Consent: The Political Economy of the Mass Media (1988), Chronicles of Dissent (1992), and The Prosperous Few and the Restless Many (1993). 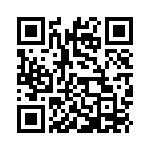