Listened to the audiobook and Rannell's reading of his book is really good, and the story is funny and was a lot of fun to listen to. True to the subtitle, it ends when his childhood dream comes true ... Read full review

This is an autobiographical memoir of Andrew Rannells who will eventually be a major character in the HBO series Girls. This is not about that. This is his story of a novice nineteen year old who ... Read full review

Andrew Rannells is an actor, singer, and performer best known for originating the role of Elder Price in The Book of Mormon and playing Elijah Krantz in HBO's Girls. A Tony and Drama Desk nominee and Grammy winner, he has also played Hedwig in Hedwig and the Angry Inch, King George III in Hamilton, Whizzer in Falsettos, and, most recently, Larry in The Boys in The Band. On the small screen, he has also appeared in The Romanoffs, The New Normal, Big Mouth, The Knick, and can currently be seen in Showtime's Black Monday, now in its second season. Rannells's film credits include A Simple Favor, The Intern, Bachelorette, and two forthcoming Netflix projects, The Boys in the Band and The Prom. His writing has been published in the New York Times "Modern Love" column. This is his first book. 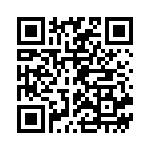