A CPA-turned-researcher-writer, Nice Rodriguez's first writings were trade and stock market reports published in Manila's top business newpapers. When labour unrest hit these papers, she tried feature writing in entertainment and lifestyle magazines. After oppositionist Benigno Aquino was shot dead she created and drew Marcial, a daily anti-Marcos comic strip that was published in Malaya (Freedom). She became a photojournalist at the outset of the People Power Revolution in the Philippines that toppled the twenty-year Marcos dictatorship. She studied painting at the University of the Philippines. Before migrating to Canada in 1988, she was assistant section editor of the Philippine Daily Globe. She now works as production artist at Toronto's Now Magazine. Her stories have appeared in Piece of My Heart and Afterglow: More Stories of Lesbian Desire. 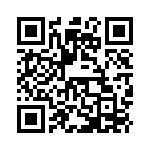