How to react in a critical situation is what Elaine Scarry’s new book “Thinking in an Emergency” concerns. There are “four models of emergency thinking” to illustrate the ability to carry out life ... Read full review

Elaine Scarry is the Cabot Professor of Aesthetics and the General Theory of Value at Harvard University. Her book The Body in Pain was a National Book Critics Circle Award finalist. She lives in Cambridge, Massachusetts. 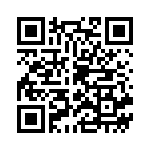