Brian L. Moore is John D. and Catherine T. MacArthur Professor of History and Africana and Latin American Studies, Colgate University, and he has taught at universities in Jamaica and Guyana. He is the award-winning author or editor of more than eight scholarly books, several chapters in edited books, and articles in the Journal of Caribbean History, Comparative Studies in Society and History, Boletin de Estudios Lationamerican y del Caribe, Bulletin of Eastern Caribbean Affairs, Immigrants and Minorities, Guyana Historical Journal, and Jamaica Historical Review. In addition to his distinguished teaching and publishing career, he has served in the Ministry of Foreign Affairs, Guyana, and was a diplomatic representative to the United Nations General Assembly and Great Britain.

Michele A. Johnson is Associate Professor, Department of History, York University, Canada, and she has taught at the University of the West Indies, Jamaica. She is the award-winning author or editor of several scholarly books and has published extensively in scholarly journals. She received the Dean?s Award for Teaching, Faculty of Arts, York University, in 2004?2005. 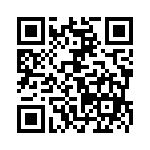