Anthony Giddens is the former director of the London School of Economics and Political Science. He is now a member of the House of Lords. His many books include The Third Way and Europe in the Global Age. 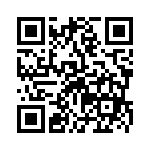