Fareed Zakaria is the host of CNN's flagship international affairs show, Fareed Zakaria GPS, as well as weekly columnist for the Washington Post, and the best-selling author of The Post-American World and The Future of Freedom. 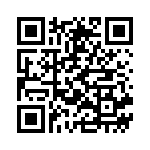