Jan Tschichold (1902-1974) worked as a typographer and teacher in Germany, Switzerland, and England. He became internationally known in 1925 with the publication of "Elementary Typography", the first statement of constructivist graphic design principles. From 1946 to 1949 he lived in London and oversaw the typographic reform of Penguin Books. Ruari McLean, a Scottish typographer and scholar, is the author of "Jan Tschichold: Typographer" (1975). Robin Kinross is a London typographer and scholar and the author of "Modern Typography: An Introduction" (1993), "Modern Typography: An Essay in Critical History" and coauthor of "Designing Books: Practice and Theory".

Robert Bringhurst was born October 16, 1946, in the ghetto of South Central Los Angeles and raised in the mountain and desert country of Alberta, Montana, Utah, Wyoming and British Columbia. He spent ten years as an undergraduate, studying physics, architecture and linguistics at the Massachusetts Institute of Technology, philosophy and oriental languages at the University of Utah, and comparative literature at Indiana University, which gave him a Bachelor of Arts in 1973. He had published two books of poems before entering the writing program at the University of British Columbia, which awarded him an MFA in 1975. From 1977 to 1980 he taught writing and English literature at UBC, and after that, made his living as a typographer. He has also been poet-in-residence and writer-in-residence at several universities in North America and Europe. His book, The Elements of Typographic Style is considered a standard text in its field, and Black Canoe is one of the classics in the field of Native American art history. He received the Macmillan Prize for Poetry in 1975. 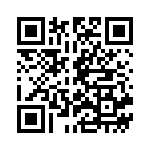