Walter Hogan is an associate professor and librarian at Eastern Michigan University. 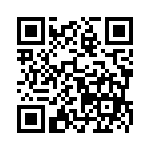