Fanon is a seminal Caribbean writer, from the island of Martinique, French Antilles. Fanon's work examined in intimate detail, the sociological, psychological effects of colonialism on its subjects and gave great insight into his time in Algeria. A medical doctor by profession, he shaped much of what is today's black-conscious movements.Fanon's impact though was global with many jihadist, and Islamic revolutionaries as well as Arab nationalist's citing him as an influencer of their political ideology.

Review of the book.

Frantz Fanon was born in Martinique in 1925 and studied medicine in France, specializing in psychiatry. Sent to a hospital in Algeria, he found his sympathies turning toward the Algerian Nationalist Movement, which he later joined. He is considered this century's most important theorist of the African struggle for independence. The Wretched of the Earth, his most internationally acclaimed book, has been translated into over twenty-five languages.
Junot Diaz is the author of the critically acclaimed collection of stories Drown.
Jean-Paul Sartre, the existential philosopher, was one of the early champions of Fanon's work and contributed this introduction to the original edition.
Richard Philcox, the translator, has translated many novels by the Caribbean writer Maryse Conde. 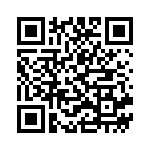