I don't read paranormal, but someone recommended this series to me since I am a fan of all things Buffy. I'm SOOOO glad!! I LOVED this book! I can't wait to start on the rest! Read full review

A global wanderer, hopeless romantic, and total cynic with a broken edit button, Deborah writes urban fantasy to satisfy her love of smexy romances and tales of chicks who kick ass. She is all about the happily-ever-after, with a huge dose of hilarity along the way. ¿It takes a bad girl to fight evil. Go Wilde.¿ 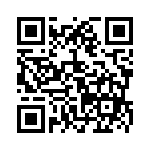