Pick up any introductory economics text, and in its opening pages you’ll find the uncredited work of Joseph A. Schumpeter (1883-1950). He is best known for his theory of “Creative Destruction” – which posits the economic obliteration of the old to make way for the entrepreneurial new – but here he only alludes to it. This pioneering analysis made him an early champion of entrepreneurial profit and laid the groundwork for his later masterpieces on business cycles. Schumpeter wrote extensively on capital and capitalism, earning the sobriquet the “bourgeois Marx.” But he was not an iconic, dusty economist. He studied law, handled the financial affairs of an Egyptian princess in Cairo, became, at 28, the youngest full professor at the University of Graz and served as Austria’s finance minister. Famous for his eccentricities, he told his students that he had three goals: to become the greatest horseman, the greatest lover and the greatest economist. He would then note that he’d fulfilled only two of his objectives. getAbstract considers this classic treatise – despite its density and a few anachronisms – required reading for students of economics and finance in academia, business and public policy.
More about this book:
http://www.getabstract.com/en/summary/economics-and-politics/the-theory-of-economic-development/14988/

Page xxxiv - ... cycle" - and, in terms of phenomena, to the factors that would govern the greater or smaller utilization of an industrial apparatus if the latter remains unchanged. All the phenomena incident to the creation and change in this apparatus, that is to say, the phenomena that dominate the capitalist processes, are thus excluded from consideration. As a picture of reality this model becomes most nearly justifiable in periods of depression when also liquidity preference comes nearest to being an operative...
Appears in 14 books from 1947-2004

Joseph A. Schumpeter (1883-1950) was professor of economics at the University of Gra and at Bonn. He also served as Austrian minister of finance. He later moved to the United States where he taught at Harvard University until his death. His works include Business Cycles, History of Economic Analysis, and Capitalism, Socialism, and Democracy. 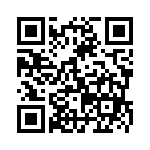