Poet and essayist Peter Sanger is best known for his influential writings on poets John Thompson, Douglas Lochhead, and Richard Outram. His most recent books include retrospective collections of critical essays ( Of Things Unknown: Critical Essays, 1978-2015 ) and poetry ( Fireship: Early Poems, 1965-1991 ). He lives in Truro, NS.

Alan Syliboy lives in Millbrook, Nova Scotia. Since the mid 1970s his paintings, drawings and design work have been recognized as a unique contribution to Canadian cultural life. In 2002, Syliboy was recipient of The Queen's Golden Jubilee medal for artistic achievement.

Elizabeth Paul lives in Eskasoni, Cape Breton, Nova Scotia, and is one of the most prominent and active figures in Mi'kmaq language studies. She received a B. Ed. in Elementary Education from the University of New Brunswick in 1984 and since then has been engaged in formal Mi'kmaq language training as an instructor, language consultant and curriculum developer. She has frequently taught Mi'kmaq at Cape Breton University, St. Francis Xavier University and St. Thomas University. 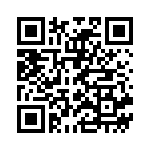