Nader reflects on his childhood and youth growing up in Connecticut and the values he learned from his siblings and parents. I did not know Nader is Lebanese or that he is a first-generation American. A warm, nostalgic memoir that pays tribute to the importance of family and community. Read full review

This work combines personal memoir with homespun advice, and as a result, comes off sounding preachy and self-righteous. Nader writes well, but it is difficult to believe that he is looking at his ... Read full review

Ralph Nader was recently named by the Atlantic as one of the 100 most influential figures in American history, one of only four living people to be so honored. The son of immigrants from Lebanon, he has launched two major presidential campaigns and founded or organized more than one hundred civic organizations. His groups have made an impact on tax reform, atomic power regulation, the tobacco industry, clean air and water, food safety, access to health care, civil rights, congressional ethics, and much more. 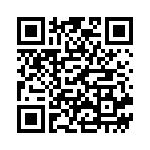