Julie M. Norman is Professor in the Department of Political Science at Concordia University in Montreal, Canada. 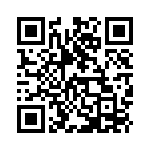