So many truths and things that make you stop and think. I had fantastic discussions with my husband about this book. He was reading it for the group of people he works with, but we found it applicable to our relationship as well. Really good! Read full review

The book is by Stephen M.R. Covey, who is the son of Stephen R. Covey. Stephen R. Covey is the author of The Seven Habits of Highly Effective People. This book explains how trust allows for more ... Read full review

Stephen M. R. Covey is cofounder and CEO of CoveyLink and of the FranklinCovey Global Trust Practice, and the author of the New York Times bestselling book, The Speed of Trust. A sought-after and compelling keynote speaker, author, and advisor on trust, leadership, ethics, culture, and collaboration, Covey speaks to audiences around the world. A Harvard MBA, he is the former CEO of Covey Leadership Center, which under his stewardship became the largest leadership development company in the world. Covey resides with his wife and children in the shadows of the Rocky Mountains.

Recognized as one of Time magazine’s twenty-five most influential Americans, Stephen R. Covey (1932–2012) was an internationally respected leadership authority, family expert, teacher, organizational consultant, and author. His books have sold more than twenty-five million copies in thirty-eight languages, and The 7 Habits of Highly Effective People was named the #1 Most Influential Business Book of the Twentieth Century. After receiving an MBA from Harvard and a doctorate degree from Brigham Young University, he became the cofounder and vice chairman of FranklinCovey, a leading global training firm. 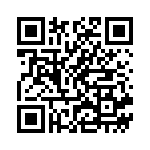