The editors and the various authors of this handbook produced a comprehensive reference handbook consisting of five parts with 38 chapters. The handbook gives a firm foundation making it an excellent ... Read full review

Alan Bryman is Professor of Organizational and Social Research, School of Management, University of Leicester, UK.

Brad Jackson is the Head of School of Government and Professor of Public and Community Leadership at Victoria University of Wellington. Prior to this he was the Fletcher Building Education Trust Chair in Leadership and Co-Director of the New Zealand Leadership Institute at The University of Auckland Business School. Brad has authored five books including A Very Short, Fairly Interesting and Reasonably Cheap Book About Studying Leadership and co-edited the Sage Handbook of Leadership and Major Works in Leadership. Brad is the former Vice-Chair of the International Leadership Association, a Fellow of the Australian and New Zealand Academy of Management and The Leadership Trust. 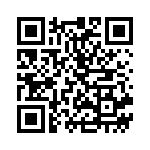