From prisoner in a British internment camp on Canadian soil to Officer of the Order of Canada, Henry Kreisel (1922-91) wrote from a depth of experience. Born in Vienna, he fled the Anschluss, only to be imprisoned by the British as an "enemy alien" and shipped to Canada. Despite this, Dr. Kreisel completed his education and rose in the ranks of the University of Alberta, joining the Faculty of Arts in 1947 and becoming the Chair of English (1961-67) and Comparative Literature (1967-87). 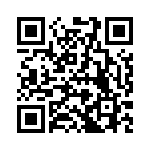