I first met Paul Ricoeur at a Philosophy Conference at Wheaton College, Illinois, and Alisdair MacIntyre where he was lecturing at Boston University. Read full review

Although he is most widely known for his book "After Virtue" (1981), with its critique of reason and ethics, Alasdair MacIntyre writes in other areas of philosophy as well, including philosophical psychology, political theory, and philosophy of religion. Born in Scotland, he was educated at Manchester, London, and Oxford universities. In 1969, he went to the United States where he has taught at Brandeis, Boston, and Vanderbilt universities. Since 1988, when he also delivered the Gifford lectures, MacIntyre has taught at the University of Notre Dame. "After Virtue" is one of the most widely discussed of all recent books on moral philosophy. It is the culmination of MacIntyre's deep engagement with the history of ethics. In it he argues that modern ethical theory, as it has developed since the seventeenth century, has been exposed by Friedrich Nietzsche as conceptually bankrupt. To find an alternative, he looks to ancient Greece and especially to Aristotle's concept of virtue. Although his critics consider this alternative to be something of an impossible dream, MacIntyre argues that it is central to a recovery of ethics.

Professor of philosophy at the University of Paris and the University of Chicago, Paul Ricoeur has been described as "possibly the only younger philosopher in Europe whose reputation is of the magnitude of that of the old men of Existentialism---Marcel, Jaspers, Heidegger and Sartre . . . ." His work has been characterized as "the most massive accomplishment of any philosopher of Christian faith since the appearance of Gabriel Marcel." A practitioner of the phenomenology of Edmund Husserl mediated by a return to Immanuel Kant---in that things in themselves, though unknowable, are not excluded by bracketing existence but are acknowledged as the necessary conditions for the possibility of human experience---Ricoeur has examined those parts of experience---faulty, fallible, and susceptible to error and evil---that other phenomenologists, interested primarily in the cognitional, have neglected. In this respect he follows in the footsteps of Heidegger and Sartre, but he goes beyond them in his discovery of principles transcending human subjectivity that are amenable to spiritual interpretation. Here Ricoeur steps within the contemporary hermeneutic circle of Heidegger and Hans-Georg Gadamer, on whom he has written. Ricoeur's hermeneutical method, however, has much in common with the methods of biblical exegesis, and in this respect his works should be especially appealing to seminarians and the clergy. 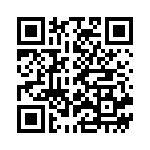