Irrationality by other name, the reflective thinking approach is a muddily effort aimed at encouraging people to trust their intuition against hard solid science.
His critic of positivism is shallow and biased, and only aimed at making science look bad. There are much better critics of Bacon et al. at the hands of proper scientists like JD Bernal's.
The book lacks examples of successful applications of reflection-in-action, but it is not short of grandiose claims. Pity the successes are all in the practitioners' minds.
The description of what he calls Technical Rationality is a pathetic lie: Schon claims that technically rational scientists and engineers first decide on what the results should be, and then set out to obtain them. (Again, no credible examples.) Indeed, a good example of Schon's biased view, and lack of technical understanding, is the Hancock building story (Foot note 45, Ch.1). If anything, that embarrassing story shows what happens when 'gut-feeling', 'artsie-architecture' has to be rescued by technical rationality.
In the last chapter Schon reveals his true intentions: self anointed reflective practitioners will mediate between labor, government and business in order to resolve any social conflicts, (including war!). As a result of this idealistic managerial approach, reflective practitioners will eventually create a conflict-free society ruled by intuitive artists, democratic, egalitarian and above all, will overcome the dehumanizing and troublesome Technical Rationality. Education, and especially Technical Education, will be ruled by the principle 'relevance' is more important that 'rigor' . ( I suggest NOT to fly on any aircraft designed and built by reflective practitioners, just in case...)
If you already bough this book, don't bother reading it, just recycle it...

Donald A. Schön is Ford Professor of Urban Studies and Education at the Massachusetts Institute of Technology. 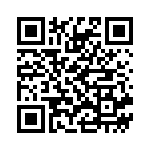