The principle of reason

Lilly has ably translated a lecture course by Heidegger on Leibniz's principle of sufficient reason, which states that everything in the world has a rational explanation. Heidegger concentrates on ... Read full review

I really enjoyed reading this book. It make me realize that I don't have to questions everything in the sense of researching for the why of something. What a comfort to know that I am because I am, so to speak.

Reginald Lilly is Assistant Professor of Philosophy at Skidmore College and editor of The Ancients and the Moderns. 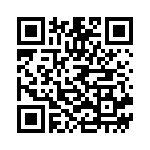