Jessica Authter presents an extraordinary architecture and political interface of contemporary memorials and their potential for psychic, tactile and lasting effect when properly articulated. Thank you for one of the first inquiries into these contemporary holidays s and their aesthetic functions.

Jessica Auchter is Assistant Professor of Political Science at the University of Tennessee at Chattanooga. 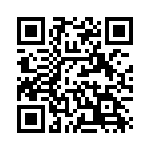