This book is at its best when the author discusses the problematic nature of dictatorial rule in general terms. The dictator's first problem stems from his lack of popular legitimacy: he has to ensure ... Read full review

Svolik offers a diverse and global view of dictatorships and authoritarian regimes - and reads well. A quick and easy enough read for a student in the field. Read full review 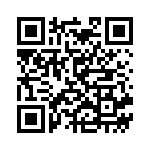