Donald Robertson is a cognitive-behavioural psychotherapist, writer, and trainer. He specializes in the treatment of anxiety and in the relationship between ancient philosophy and modern psychotherapy. He is the author of six books on philosophy and psychotherapy, including The Practice of Cognitive-Behavioural Hypnotherapy: A Manual for Evidence-Based Clinical Hypnosis (2013). 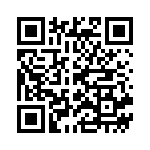