Hannah Arendt's definitive work on totalitarianism and an essential component of any study of twentieth-century political history The Origins of Totalitarianism begins with the rise of anti-Semitism ... Read full review

Hannah Arendt (1906-1975) is considered one of the most important and influential thinkers of the twentieth century. She is the author of numerous articles and books, including The Origins of Totalitarianism and the essay collection Men in Dark Times . 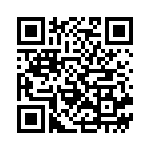