Michael Evenari is Professor of Botany, the Hebrew University of Jerusalem. 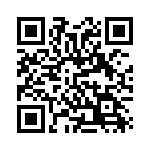