The holocaust when considered seems to invariably lead one to question how such terrible things could have been done to the Jews in Germany and Europe. Many people who have studied the age or perhaps ... Read full review

An examination of how, in the process of downplaying their most raucous displays of racism, Hitler and the Nazi Party managed to achieve a wider spread of their implicit principles of racial combat ... Read full review

Claudia Koonz received her doctorate from Rutgers University and is currently a history professor at Duke University. She is also the President of the Eleventh Berkshire Conference on the History of Women in Rochester, New York in 1999. Koonz combined her many interests in history to write Mothers in Fatherland: Women, Family, and the Nazi Party, which examines female participation in the Third Reich. Koonz has won the 1993 Alumni Distinguished Undergraduate Teaching Award from the Center for Teaching, Learning and Writing at Duke University. 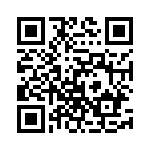