Caitlin Garvey is a Chicago-based writer and English professor. She has an MFA from Northwestern University and an MA in English Literature from DePaul University. Her nonfiction has been nominated for multiple awards, including The Pushcart Prize and Best of the Net, and has appeared in The Baltimore Review, Post Road Magazine, The Tishman Review, Little Fiction: Big Truths, Matter Press, Ragazine, JuxtaProse, among others. 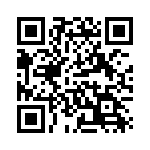