Excellent book. I need to read it again because it's so rich in ideas. Started it in Formentera in July and read it over 5 weeks, interspersed with Wikinomics, Freakanomics and Flip, so some of the ... Read full review

A classic on how people (and animals) react on space and proximity of others. Hall discusses how man's proxemics i.e. the interrelated observation and theories of man's use of space is culturally defined. Read full review

85 other sections not shown

Edward T. Hall was a widely traveled anthropologist whose fieldwork took him all over the world--from the Pueblo cultures of the American Southwest to Europe and the Middle East. As director of the State Department's Point Four Training Program in the 1950s, Dr. Hall's mission was to teach foreign-bound technicians and administrators how to communicate effectively across cultural boundaries. He was a consultant to architects on human factors in design and to business and government agencies in the field of intercultural relations, and had taught at the University of Denver, Bennington College, the Washington School of Psychiatry, the Harvard Business School, the Illinois Institute of Technology, and Northwestern University.
Dr. Hall was born in Webster Groves, Missouri. He received an A.B. degree from the University of Denver, and M.A. from the University of Arizona, and a Ph.D. in anthropology from Columbia University. He lived in Santa Fe, New Mexico, until his death in 2009. 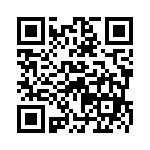