Michael J. Kok received his PhD in biblical studies at the University of Sheffield under the direction of James Crossley. 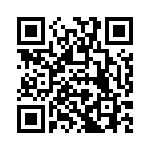