The Good Times is a sequel of sorts to Baker’s classic memoir Growing Up. This part of his life covers mainly his newpaper career at the Baltimore Sun and the New York Times. Baker’s writing is ... Read full review

Memoir that covers, roughly, the years from 1947 to 1962, when Baker was a reporter (at various levels) for the Baltimore Sun, later transitioning to the New York Times; the volume concludes when ... Read full review

36 other sections not shown

Russell Wayne Baker was born in Loudoun County, Virginia on August 14, 1925. He joined the Navy in 1943 and received pilot training. He never went abroad during World War II and left the service in 1945. He received a bachelor's degree in English from Johns Hopkins University in 1947. After graduating, he became a night police reporter for The Baltimore Sun. By 1950, he had become a rewrite man, taking phoned notes from reporters at the scene and writing stories on deadline. He eventually became The Sun's London correspondent and then it's White House correspondent. He was hired by The New York Times in 1954 as a Washington correspondent. He covered the State Department, the White House, and the presidential campaigns of 1956 and 1960. In 1962, he became a columnist for The Times and its news service. He wrote the Observer columns until his retirement in 1998. He received the 1979 Pulitzer Prize for distinguished commentary and two George Polk Awards, for commentary in 1978 and career achievement in 1998. His columns were collected in several books including No Cause for Panic, Baker's Dozen, All Things Considered, and Poor Russell's Almanac. After his retirement from The Times, he wrote for The New York Review of Books on politics, history, journalism, and other subjects. A collection of 11 of those essays was published in 2002 under the title Looking Back. His other collections included So This Is Depravity and The Rescue of Miss Yaskell and Other Pipe Dreams. His other books included An American in Washington, the novel Our Next President: The Incredible Story of What Happened in the 1968 Elections, and The Good Times. Growing Up received a Pulitzer Prize for biography in 1983. He was the host of the PBS series Masterpiece Theater from 1993 to 2004. He died from complications of a fall on January 21, 2019 at the age of 93. 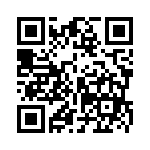