An excellent book on a little known aspect of Canadian history, the importing of children known as Home Children from Britain. Well researched and very readable, a great starting off point for someone doing their family tree or just wanting to know more about our country's history on a personal level.

Marjorie Kohli was born in Calgary, Alberta, and spent her formative years migrating, with her military family, through the provinces of Alberta, Saskatchewan, Ontario and Manitoba before settling in Waterloo, Ontario. A graduate of the University of Waterloo (UW), she worked at UW as a computer consultant from 1969 until 2003.

Actively involved in several genealogical and historical societies, Marjorie has served as chair of the Waterloo-Wellington Branch of the Ontario Genealogical Society (OGS) and is currently on the Board of Directors of the Waterloo Historical Society (WHS). She also maintains web sites on 19th Century Immigration, Child Migration and, in partnership with Sue Swiggum, TheShipsList. Marjorie was the recipient of an Award of Merit in 2002 from the OGS for contributions in furthering genealogy.

Marjorie researched and published articles in the WHS annual volume on two of the children's homes located in Waterloo Region. She has also had many speaking engagements and has written several articles for publications in Ontario and as far afield as Nova Scotia and Kansas. In her spare time she enjoys reading, walking, vacationing in the quiet lake country of central Ontario, and spending time with her granddaughter, Madison. 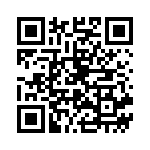