DR. SALLY RHINE FEATHER, an experimental and clinical psychologist, is the daughter of the founders of the Parapsychology Lab at Duke University. She is a director of the Rhine Research Center in Durham, North Carolina.

MICHAEL SCHMICKER is a business writer and author of Best Evidence. He lives in Hawaii. 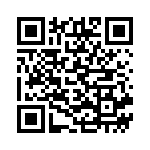