The Lay-Person’s: this book is incredible. It is fascinating, thought provoking, intriguing, and – from a perspective at the end of 2015 – the most frightening thing I have ever read. I will admit ... Read full review

Koestler begins by disparaging the idiocy of Behaviorist psychology, which views humans as nothing more than large rats or pigeons, condemned to mechanically responding to stimuli unthinkingly. He ... Read full review

Arthur Koestler was born on September 5, 1905 in Budapest, Hungary and studied at the University of Vienna. Koestler was a Middle East correspondent for several German newspapers, wrote for the Manchester Guardian, the London Times and the New York Herald Tribune. Koestler wrote Darkness at Noon, which centers on the destructiveness of politics, The Act of Creation, a book about creativity, and The Ghost in the Machine, which bravely attacks behaviorism. Arthur Koestler died in London on March 3, 1983. 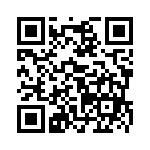