Page 426 - DOBBS, ARTHUR. An account of the countries adjoining to Hudson's Bay, in the north-west part of America; containing a description of their lakes and rivers, the nature of the soil and climates, and their methods of commerce, &c.
Appears in 55 books from 1807-2006

A lifelong student of political economy, Harold Innis became an internationally prominent social scientist and chief architect of the staples interpretation of Canadian history. An undergraduate student at McMaster University at the opening of World War I, Innis volunteered for military service. While in France, he was seriously wounded. What Innis experienced during the war contradicted popular beliefs at home that the Canadian identity was a pale reflection of British imperialism and deepened his nationalist outlook. After doctoral studies at the University of Chicago, Innis joined the faculty of the University of Toronto. Rejecting the thesis of American historian Frederick Jackson Turner as a key to Canada's history, during the 1920s and 1930s he articulated the framework for a new Laurentian---St. Lawrence River-based---interpretation. At any given period, Innis argued, the pattern of Canadian economic development was based on the physical characteristics of a particular staple and the methods by which it was extracted and carried to distant markets. Innis first outlined his ideas in The Fur Trade in Canada (1930). Beginning with an extended discussion of the unique characteristics of the beaver, he then elaborates upon the importance of indigenous people's harvesting and processing techniques, the fur traders' business methods, and the critical river transportation routes that fostered a distinctive pattern of development in Canada over three centuries. In the last chapter, Innis suggests ways that other staples, such as timber, wheat and minerals, modified the patterns originally established during the fur trade. Innis devoted the remainder of his life to fleshing out these ideas, and toward the end he began to explore the biases embedded in staples-driven communications systems. Some of his ideas were taken up and extended by Marshall McLuhan. The Laurentian paradigm dominated Canadian history and social science from the 1930s to the early 1970s. Its influence is still reflected in the work of Canadian scholars most skeptical about America's cold war leadership. In its pursuit of less nationalistic themes in Canadian history, the present generation has not so much revised Innis's work as ignored it.

Arthur J. Ray is a professor in the Department of History at the University of British Columbia, and author of Indians in the Fur Trade and I Have Lived Here Since the World Began: An Illustrated History of Canada's Native People . 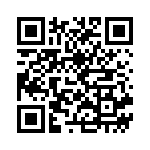