THE BOND MARKET ASSOCIATION is the trade association representing securities firms and banks that underwrite, trade, and sell debt securities, both domestically and internationally. The Bond Market Association actively speaks for the bond industry, advocating its position and representing its interests in Washington, D.C., New York, Europe, and Asia. The Association’s membership collectively accounted for over 97% of the nation’s bond underwriting activity in 1999. For more information about the Association, visit www.bondmarkets.com.

JUDY WESALO TEMEL has spent her career in the municipal bond business, on both the broker-dealer and issuer sides. She worked for seventeen years at Goldman, Sachs & Co., following employment at Lehman Brothers, and the Office of the Comptroller of the City of New York. She serves on the boards of several large not-for-profit agencies and speaks and writes widely about many aspects of the business. Temel is a graduate of Cornell University and holds an MPA from New York University. 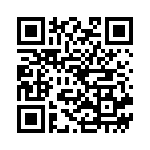