Amazing! I knew Darrin before knowing about his book, which is funny. Once I read it took me a while to connected Gloria Hole and Darrin Hagen, but I guess so much creativity has to express itself in every possible way.
After participating on the Edmonton Queer History Bus Tour and listen to his feverish talk about tales and histories that happened on the city I had to buy his book.
And surprised I was when I found out that one of my Vancouver friends, Patrick Monaghan is part of such a fabulous tale.
I guess, in the end, we are all part of his history, being there or not, it is a tale about our culture and history.

Darrin Hagen is a freelance playwright, writer, composer, performer, director and Drag Artiste. For two decades he has been at the helm of the annual Loud & Queer Cabaret. He is also the artistic director of the award-winning independent theatre company Guys In Disguise, Canada's leading theatre company when it comes to cross-dressing comedies, and which not only co-produces the L&Q Cabaret every year, but also tours and promotes Queer theatre across Canada and in the U.S. He is the author of The Edmonton Queen: The Final Voyage, and Tornado Magnet: A Salute to Trailer Court Women, both published by Brindle & Glass Publishing. Plays by Hagen include BitchSlap!; The Neo-Nancies: Hitler's Kickline; Buddy; With Bells On; The Glory, The Fury; Inventing Rasputin; Tornado Magnet and The Edmonton Queen. He has received seven Sterling Awards for his work in Edmonton Theatre. Buddy was nominated for a Sterling Award for Outstanding 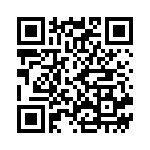