Once again Hadfield has delivered an wonderful book the shares his love of space with a personal story-lesson. l look forward to sharing this with my grandchildren and library clients. Read full review

Space is definitely the kind of thing that still inspires a childlike wonder for me. I love how that was captured in this book, and the artwork is gorgeous! I, of course, also love the little pug the ... Read full review

Chris Hadfield is one of the most seasoned and accomplished astronauts in the world. In May 2013, Hadfield returned to Earth after serving as Commander of the International Space Station, where he and his crew lived for five months (his third mission). Chris frequently speaks to audiences throughout the US and Canada about space exploration and science education.

Terry Fan received his formal art training at Ontario College of Art and Design in Toronto. His work is a blend of traditional and contemporary techniques, using ink or graphite mixed with digital. He spends his days (and nights) creating magical paintings, portraits, and prints. Together with his brother Eric, he wrote and illustrated the critically-acclaimed picture book, The Night Gardener.

Eric Fan is an artist and writer who lives in Toronto, Canada. He attended the Ontario College of Art and Design where he studied illustration, sculpture, and film. He has a passion for vintage bikes, clockwork contraptions, and impossible dreams. His widely-praised debut picture book, The Night Gardener, was a collaboration with his brother Terry. 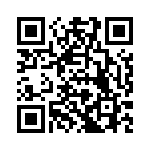