Vanessa Cazzato read for her doctorate in Classics at Somerville College, Oxford, and is currently a post-doctoral researcher at Radboud University Nijmegen, The Netherlands.Dirk Obbink is Associate Professor of Papyrology and Greek Literature at the University of Oxford, and a Fellow and Student of Christ Church.Enrico Emanuele Prodi read for his doctorate in Classics at Merton College, Oxford, and is a Junior Research Fellow at Christ Church. He is now working on the project ASAGIP: Ancient scholarship on archaic Greek iambic poetry, at Ca' Foscari University of Venice. 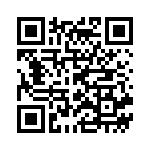