Carrie Barron, MD, is a board-certified psychiatrist/psychoanalyst on the faculty of the Columbia College of Physicians and Surgeons who also has a private practice in New York City. She has published in peer-reviewed journals, won several academic awards, and presented original works on creativity and psychoanalysis at national meetings of the American Psychoanalytic Association.

Alton Barron, MD, is a board-certified orthopedic surgeon and is currently the President of the New York Society for Surgery of the Hand. He has been the surgeon for the New York Philharmonic Orchestra and Metropolitan Opera for more than a decade. Dr. Barron is a consultant for CBS and has appeared on the CBS Early Show. He has also written for The New York Times, was listed in The New York Times Magazine as one of the 2009 Super Docs, and has published extensively in multiple peer-reviewed journals. 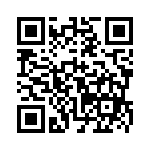